Save the Planet – Eat more plant based food 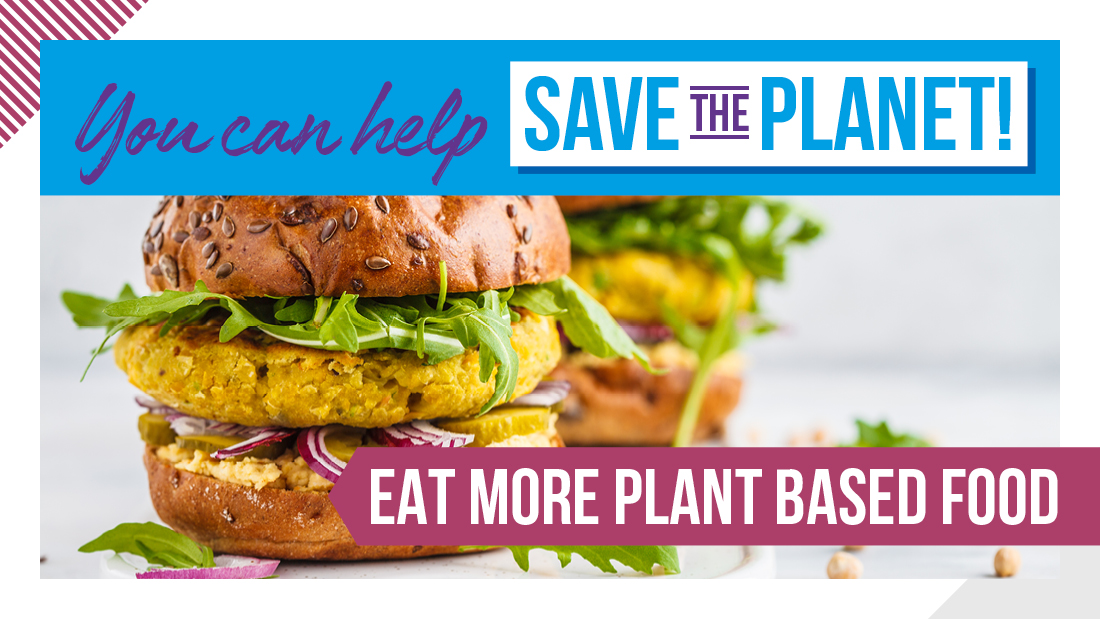 08 Jan Save the Planet – Eat more plant based food

Adopting a vegan diet can have a real positive impact on our planet and is regarded as the ‘single biggest way to reduce your impact on Earth’, following a study by Oxford University in 2018. Researchers found that cutting meat and dairy products from your diet could reduce your carbon footprint by up to 73% 🤯

Reducing greenhouse gases ♨️
Meat production produces lots of different greenhouse gases, including methane and nitrous oxide. 100 grams of beef could produce as much as 25kg of CO2. Pulses such as beans, lentils and peas produce just 0.58g of CO2 per gram of protein. That’s 0.26 per cent of the greenhouse gas output of beef.

Preserving water 🚰
Every kilogram of beef produced requires around 15,400 litres of water, according to a report by UNESCO. In total, almost a third of the world’s freshwater usage goes into animal products.

Preserving land 🌱
Although livestock provide just 18% of the calories we eat globally, farming them uses 83% of all farmland. Reducing the amount of meat we eat will reduce the impact on the land and allow it to be used to grow crops for human consumption.

The benefit for the planet is not the only motivation to swap to a plant-based diet, for many it is animal welfare. The refusal of animal products reduces the demand which ensures fewer animals are bred for consumption. For others, it’s the personal health benefits as a vegan diet can be a really healthy option.

The vegan diet is sharply on the rise. In Great Britain, the number of vegans quadrupled between 2014 and 2019 to 600,000. In 2020, the UK launched more vegan products than any other nation and was the first year that every one of the top supermarkets had their own vegan range. Meaning, it’s easier than ever to give vegan a go which is just the case. Between November 2019 and November 2020, vegan food orders via Deliveroo rose by 115% 🥡 🌮 🍛

If you’re not ready to fully commit, consuming less animal products will have an impact on the planet which we should all be working towards. The Veganuary campaign has been running since 2014 and encourages people worldwide to try going vegan for January. Head over to their website for lots of tips, advice, recipes and to find out more.

You can find out more about which cookies we are using or switch them off in settings.

This website uses cookies so that we can provide you with the best user experience possible. Cookie information is stored in your browser and performs functions such as recognising you when you return to our website and helping our team to understand which sections of the website you find most interesting and useful.

Strictly Necessary Cookie should be enabled at all times so that we can save your preferences for cookie settings.

If you disable this cookie, we will not be able to save your preferences. This means that every time you visit this website you will need to enable or disable cookies again.